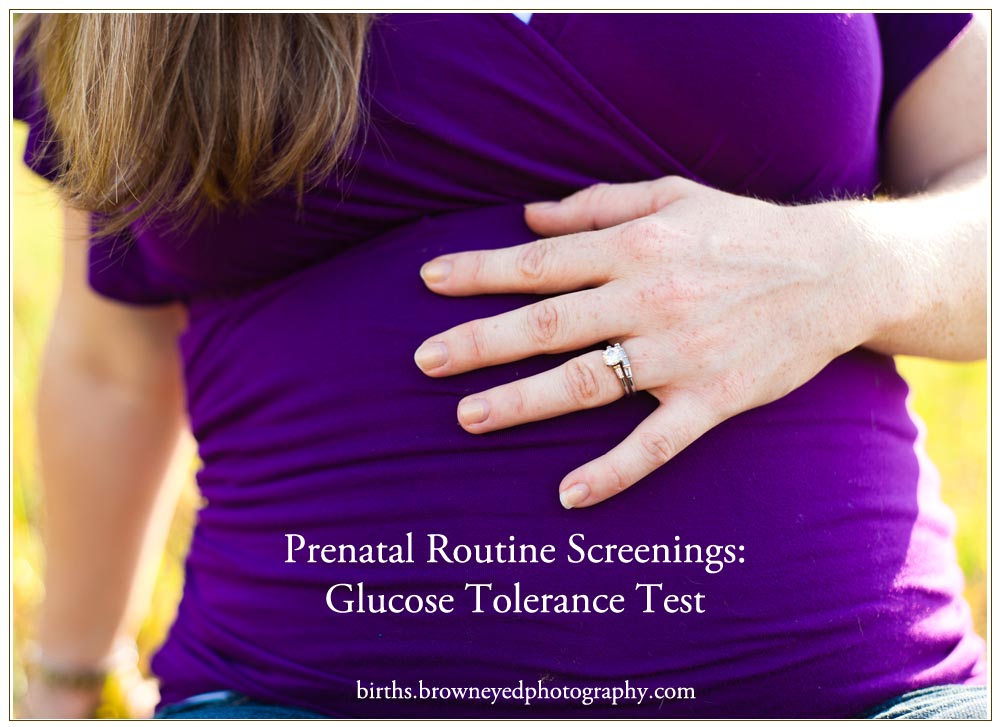 When pregnant, there are several screenings or tests that are advised. Pregnant people must research the risks and benefits to these screenings and decide if they are appropriate for their pregnancy.
As a pregnant person who has hired a birth team, you are in control of what screenings/routines/protocols/etc that you consent to.
One such screening is the Glucose Tolerance Test (GTT). Generally, this screening is done half way through your pregnancy and is used to rule out gestational diabetes.
Gestational diabetes is when you have diabetic symptoms (your pancreas is not processing sugar efficiently), but only during pregnancy.

You are at an increased risk of having gestational diabetes if you are:

The primary concern if you are found to have gestational diabetes is that your baby will grow larger than its supposed to and its blood sugar level will drop precipitously after birth (as it loses its constant oversupply of sugar from its diabetic parent). There is also an increased risk of the mother and baby becoming diabetic later in life.
Women with gestational diabetes will be required to test their blood sugar levels at home, up to four times a day. The goal is to keep blood sugar levels within a range of normal. This can be done through diet and exercise. If diet changes and exercise are insufficient, insulin will be advised.