For most, the world of birth is a mystery – until you’re in it! And then there’s a speedy learning curve.
Here’s a list of terms (a birth dictionary?) that are thrown around in the birth world to help with that learning curve! 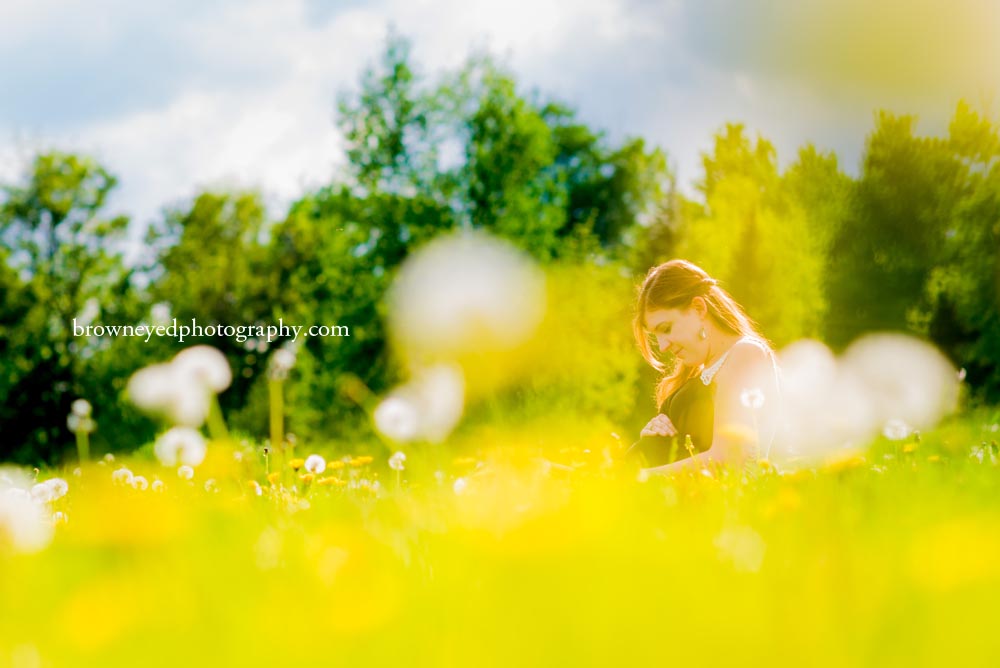 There are lots of words used as you enter the world of birth that may be brand new to you. Many in the birth world forget that the vocabulary they are using is not general knowledge in the non-birth-y world. Here are some of those words. Because information is power.

APGAR – this is an acronym that stands for Appearance, Pulse, Grimace, Activity, and Respiration
These five factors are rated on a scale of 0-2 and all the scores are added up to give you a total apgar score (so a 10 would be a perfect score). This assessment is done quickly by your medical team at 1 and 5 minutes after birth. This quick assessment is used by your medical team, to determine if your baby needs additional medical support. Any score above a 7 is seen as typical.

Breech – a breech baby refers to a baby who is not head down in the uterus before birth. A breech presentation occurs in approximately 4% of term babies. There are several options for attempting to turn a breech baby. Generally speaking, local practitioners will prefer to birth breech babies by cesarean. There is a provider at Alice Hyde in Malone, however, who will consider birthing breech babies vaginally.

Cervix – this is the opening at the bottom of the uterus, through which a baby is birthed.

Colostrum – the first milk that is made for the baby. This is high in nutrients and antibodies for new babies.

Contraction – the tightening of the uterus that moves the baby down into the birth canal and out into the world.

Crowning – when the baby’s head can be seen as it emerges from its mother.

Dilation – how open the cervix is to let the baby pass through. This is typically measured by a medical professional inserting their fingers into the mother’s vagina. 10 cm is considered fully dilated or opened and birth is imminent. The assessment shows a moment in time. This means a woman who is 5cm right now, may be 10cm in an hour, or 4cm in an hour. Dilation gives medical providers an indication of how labor is progressing.

EDD – Estimated Due Date, the date that falls 280 days (40 weeks) after the first day of your last menstrual period. The emphasis is on estimated. Only 5% of babies actually come on their due date. The average baby is born sometime between 38 and 42 weeks gestation – and that’s normal. To avoid feeling discouraged after your due date has passed and you still have no baby in your arms, it might be helpful to think of it as a “due month” or think of your due date as 42 weeks gestation – you won’t be sad when you birth “early”.

Effacement – As the baby drops further into the birth canal, the cervix becomes shorter and thinner, in preparation for dilation.

Fundus – this is the top of the uterus and can be felt from about 12 weeks gestation. Birth practitioners measure from the top of the pubic bone to the fundus. Starting around 20 weeks gestation, the height in centimeters tends to match how many weeks gestation you are (so a 20week uterus will tend to have a measurement of 20cm). It’s not an exact science, but gives an indication of the baby’s growth.  It’s also possible to measure your own funds at home.
After the second trimester, fundal height is not as accurate in measuring your gestation.

Group B Strep – A bacterial infection found in the vagina and/or anus of 25% of all healthy adult women and typically does not have any ill effect on its carrier. However, women who test positive for Group B Strep in pregnancy have a 1 in 200 chance of passing the infection to their baby, if the mother does not have the routine prevention protocol. The baby then has an increased chance of having symptoms, most commonly meningitis. If tested positive during pregnancy, the routine protocol is to administer iv antibiotics to the mother during labor. (For more information on how to avoid a positive Group B Strep result and to remedy an infection)

Lotus Birth – A lotus birth is when the umbilical cord is not cut. This means the placenta remains attached (via the umbilical cord) to the baby until it falls off naturally – usually around day 3 of life. This eases the transition process for the baby. (here’s some more information about the reasons for having a lotus birth and the logistics of managing a newborn with their placenta attached)

Meconium (Mec) – A baby’s poop for the first few days of life. Sometimes babies poop during the birthing process, and this may come out with the amniotic fluid. If the baby poops during labor, this could be a sign of distress.

Placenta – An organ grown during early pregnancy. This organ’s job is to nurture and grow the baby. The placenta is birthed after the baby.

Ring of Fire – The sensation a woman feels as her baby is crowning.

Station – how engaged into the pelvis the  baby is. At “0 Station” the baby is engaged in the pelvis (this can happen in the last month before birth, or in labor); “+5 Station is crowning.

Birth is a specific time in life and requires specific, knowledgeable support people. Here is a brief explanation of some of the birth experts you may find helpful.

Doula – a birth support person who typically is hired by the birthing person/couple and provides information, reassurance, comfort measures, and more during labor. This person generally provides some support before and after birth too. Postpartum doulas provide postpartum support.

Midwife – Someone trained to assist women during the childbirth phase of life. This is an ancient skill set that preceded the involvement of obstetricians and continues to thrive today. Midwives today serve women who have low-risk pregnancies and tend to be less interventive than obstetricians, who are trained surgeons. Midwives are also skilled at assisting women through life for female-specific medical care.

Obstetrician – A physician who is trained in surgery and general care of pregnant women.

While birth is not a medical event, it is often treated as such in our culture. For that reason, there are many possible medical procedures that may be recommended by your care provider. Here is a list of some of those procedures. Keep in mind that every procedure has risks and benefits and these factors warrant research while deciding to partake in a recommended procedure. Thinking through these before birth might be beneficial.

Cesarean Section – a surgical method of birthing a baby using an incision in the mother’s abdomen and uterus.

Doppler – using continuous ultrasound (instead of pulsating like the traditional ultrasound), a doppler tracks a baby’s heart rate in utero during pregnancy and labor.

Electronic Fetal Monitoring – The baby’s heart rate is monitored using doppler technology. The mother’s contractions (strength and duration) is also monitored during electronic fetal monitoring. The results are recorded onto a printout that is typically reviewed approximately every thirty minutes by your medical provider. Continuos fetal monitoring requires you to remain in or near the bed as you are attached to the monitors. Sometimes there is a remote option that allows you to be detached from wires. (here’s more on this practice and its possible pros and cons)

Epidural – a drug given through a shot in the back that dulls pain in a localized area of the body (in the case of birth, typically from the lower half of your body). Epidurals contain drugs such as bupivacaine, lidocaine, and  chloroprocaine and are often combined with opioids or narcotics to decrease the amount of local anesthesia needed. Epidurals are typically administered around 5cm dilation. This is a popular form of pain relief in labor, perhaps because alternatives are not always offered (here’s more information about the use, administration, and pros and cons of choosing to use an epidural.)

Induction (medical)- The artificial initiation of labor.
If your cervix isn’t thinned/effaced, then this is the first step in induction. Readying the cervix may be done by using oral and topical medication (on your cervix) or a tiny balloon attached to a tube and placed next to your cervix and slowly filled with water, pressuring your cervix to open. If more time is available, a practitioner may start by “sweeping” or “stripping” your membranes. This procedure is done when the cervix is at least a little dilated and the practitioner reaches up into your cervix and separates the membrane from the bottom of your uterus. If you’re a few centimeters dilated, your practitioner may break your bag of water. And lastly, pitocin, a synthetic hormone, can be administered to strengthen contractions.
Sweeping membranes, breaking water, and pitocin may be used even after labor has begun, if it is decided that labor is not progressing as quickly or steadily as the practitioner would like.

Non Stress Test – Your baby’s heart rate, movement, and contractions are monitored for usually 20-60 minutes. Non stress tests (NST) can be recommended if you are past your due date or your pregnancy is high risk for some reason.

Pitocin (Pit) – (referred to above under inductions) is a synthetic hormone, imitating oxytocin. Oxytocin is naturally produced by your body as part of the hormone cocktail that encourages contractions and bonding, among other things. Pitocin is not exactly like oxytocin and does not provide all the same effects (such as the bonding effect). This drug is often added to the iv of a laboring woman, if labor is not progressing as quickly as the practioner would like. Pitocin speeds up labor and often leads to epidural use as the pitocin-induced contractions are much more intense than natural contractions. 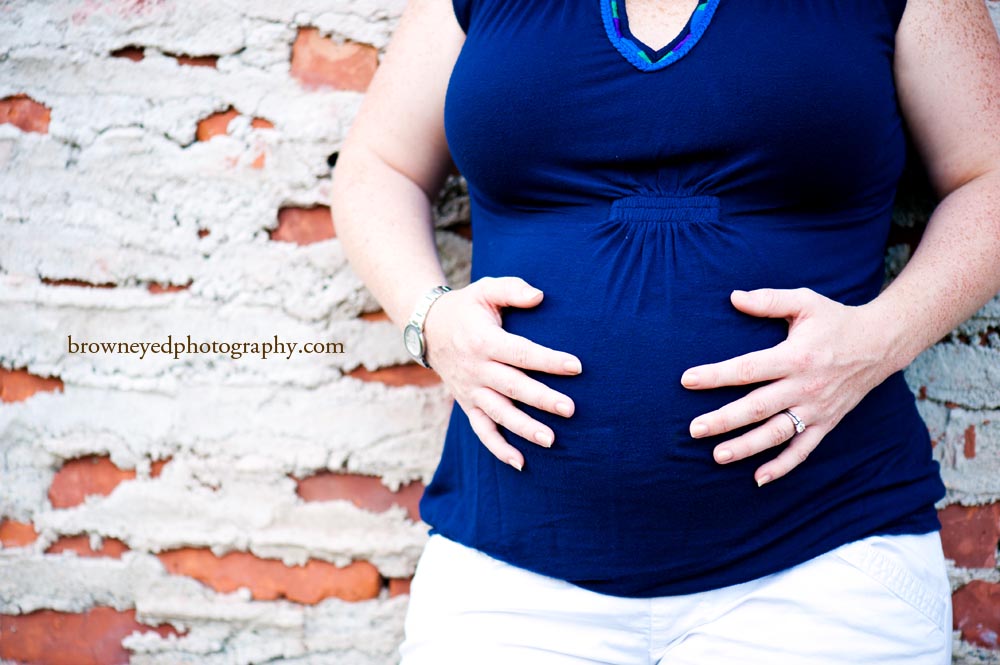